The Aedes aegypti mosquito is a major pest problem in Miami and South Florida, has its origin in the African continent and it is believed that its spread in Europe and America was due to commercial and colonization ships. It spread widely from the south of the United States to Argentina in the early twentieth century, then in 1947 the Pan American Health Organization developed a program with the objective of controlling yellow fever and its main vector, this campaign was very effective, Through education, control of the adult mosquito and control of major breeding sites, in 1980 the propagation of the mosquito in the Americas began to resurface again, extending its distribution to the United States and Europe. aedes agypti is aslo related to aedes albopictus, aedes biscaynesis, aedes infirmatus, aedes sollicitans and aedes fulvus

Its distribution is global with preference to tropical and subtropical regions such as the Southeast of the United States and Asia, the Pacific, islands of India and northern Australia, also spread to more temperate zones in the summer months. Historically it wasdistributed in Mediterranean countries of the Middle East, Europe and North Africa, also in southern Russia, Georgia and the Canary Islands. They are distributed within the latitudes of 40 ° N and 40 ° S, are sensitive to extreme temperatures, lose activity in climates below 12-14 ° C or above 44 ° to 46 ° C, their inability to experience diapause of its eggs during the winter means that it cannot inhabit cold regions.

The lesion of the bite is simple, a papule urticariform, which is unique and not grouped, often progresses to pustules or an erythematous zone, depending on the degree of sensitization of the host

Aedes aegypti was previously found in wooded areas, where it used the holes of trees as their habitats, later its behavior underwent an evolution and it happened to have a domestic habitat, where it has preference for artificial containers, vases, tires and water tanks, this behavior has given it numerous sites oviposition, greater protection against unfavorable environmental conditions and greater access to feed on man, these conditions have achieved a high highly efficient interhuman transmission of the viruses it transmits. This mosquito does not usually travel long distances from its oviposition site when conditions are favorable. It is important to note that the most important means of passive dispersal of this mosquito and the viruses it transmits is by means of transport such as ships, airplanes, buses, trains, trucks, automobiles.

Feeding is different depending on the sex of the mosquito, the females feed on the blood of birds, mammals and humans, they need the blood for the formation and maturation of the eggs, the periods in which the bites intensify are at the beginning of dawn and the Twilight. However, the males do not have a blood suction device; they eat carbohydrates from the nectar of the flowers and the sap of the plants.

The adults are small, about 5-7 millimeters long, dark body with white scales on the upper dorsal thorax, white basal bands on each tarsal segment of the hind legs, simulating rays, the abdomen may also have white scales and it is usually dark brown to black. They have dark wings, filiform antennas, which are feathery in the males. The buccal parts differ according to sex, the male parts are designed to feed the nectar, and the female parts are designed for the suction of the blood. They live for about a month. They usually mate on the flight, with a short flight range of 200 m.

The females after having obtained a good blood meal is able to produce 100 to 200 eggs per batch, having the capacity to produce up to 5 batches in all their life, the eggs are placed adhered in the wet part, above the level of the water, generally sites with rough walls, that contain clean water, only need a small amount; The female lays her eggs in 2 or more different places and they are placed individually. At the time of laying the eggs are whitish immediately turn to intense black color, they are long, smooth, ovoid-shaped approximately one millimeter long. In tropical climates the egg develops in a span of 2 days, in more temperate climates it can take up to 5 days.

They have 4 larval stages, where they are located vertically, oxygen is breathed through a siphon that is on the surface of the water, feeds on organic particles in the water, like algae and other microscopic, swim with movement, snaking and are bothered to feed, are sensitive to sudden changes in light intensity, this period lasts from 7 to 12 days, if speeds are possible in the larval stage during the months, as long as the water supply is sufficient.

Adults open the pupil box outdoors to expand the abdomen, with the head emerging first.

Aedes aegypti is the main vector involved in the transmission of urban yellow fever, it has been observed in the transmission of the disease in areas of Africa, Central and South America. We have also had implications in all the epidemics of the Republic of Africa, India and countries of Southeast Asia; the last report was a great Zika outbreak in the Pacific and the Caribbean. In addition, the main vector of the year, in the last report in Brazil, has been infected as Aedes aegypti. Aedes aegypti, the main vector of the Dengue virus, has isolated the 4 Dengue serotypes; it has caused major epidemics in America and Asia.

Control of handling of Aedes Aegypti

The control methods should be directed to the main oviposition sites of Aedes aegypti, which is currently found in urban environments, the sites of human activities, such as the storage of external networks. Some other methods have used the introduction of predators such as copepods in the larval habitats of Ae. aegypti, also the introduction of irradiated or genetically modified mosquitoes, sterile male mosquitoes, in addition to the introduction of Wolbachia bacteria into Ae. aegypti, a method that manages to inhibit the replication of the dengue virus, suppressing the transmission of dengue. It has also shown the use of long-sleeved shirts and long pants in endemic areas to reduce exposure, the use of external repellents in the Environmental Protection Agency (EPA) with one of the following active components: DEET, picaridin, IR3535, lemon eucalyptus oil, para-menthane-diol or 2-undecanone, in addition to treating clothes with permethrin and Gralic. In2Care Mosquito trap juvenile hormone analogs pyriproxyfen, beauveria bassiana strain gha, and Brewers yeast ATSB Atractant Sugar Baits Biological larvicides includes products containing Bacillus thuringiensis var. israelensis, spinosad, beauveria bassiana strain gha Insect growth regulators Juvenile hormone analogs (S-Methoprene, pyriproxyfen), chitin synthesis inhibitors (Novaluron) Use of microencapsulated pyrethroids Deltametrhin, lambda-Cyhalothrin, Esfenvalerate, beta-Cyfluthrin. 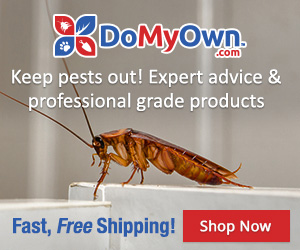